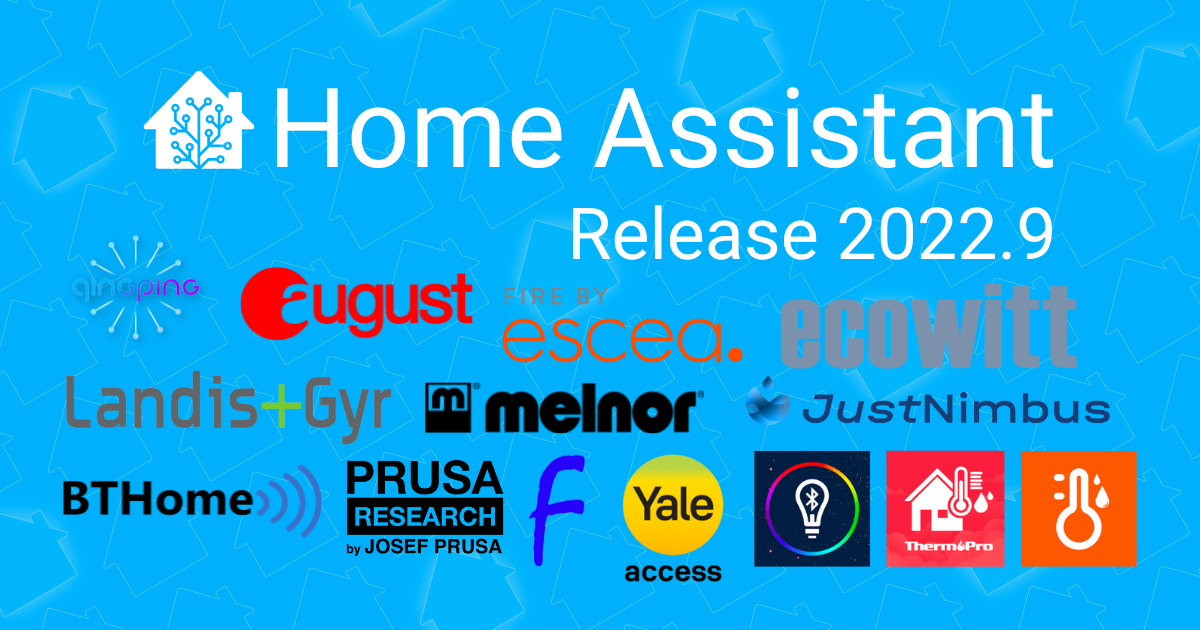 Great release! Wonderful to see the Schedule component. That should be a great addition. But I’m missing the part on how to trigger an automation on schedule start / end?

The schedule entity has an on / off state, use that for triggers.

I’m excited about the bluetooth proxies with ESPHome. Awesome!

Weirdly supervised does not show the update yet, but it is super new, no issue.

My question is: Do i need BT adapter in my HA server if i would use bt proxy in esp home?

Or if I add

to my esphome config HA will magically begin to see bluetooth devices over wifi that the esp adapter is connected to?

Weirdly supervised does not show the update yet, but it is super new, no issue.

It typically takes about an hour after a release is tagged for the images to be built.

You can monitor the progress here: 2022.9.0 · home-assistant/[email protected] · GitHub

Wow, this is an update full of things I’ve been waiting for, great work! Especially eager to see where the zwave update will go, hopefully lots of manufacturers will follow.

Awesome job again. It keeps getting better and better for every release. Thanks for all the hard work you all do

It was born on my birthday? No wonder it is so awesome!!!

Nice release, I love merging of settings and info in the entity popup menus. Also the hardware CPU and memory graph is nice, but I do not understand why y axis is adapting dynamically. This is completely confusing.

Does this mean you can use the BT proxies without plugging in a BT dongle to HA?

I’m looking too have BT control similarly like Zigbee2MQTT, as i run HA in a Hyper V which does not support usb passthrough.

Love the updates but…on the new dropdown sections of the automation they seem backwards?

Like, they show the ‘down’ arrow when they’re up and ‘up’ when they’re down. I guess they’re saying ‘click here to do that’ but it feels wrong so I guess I’m used to them being the opposite elsewhere. Normally collapsable sections point right when theyre collapsed and down when they’re expanded.

Especially strange for HA where icons normally show ‘states’ rather than actions.

Correct. A bluetooth proxy works without requiring a Bluetooth dongle.

Can we, the community, somehow help with the database of Zwave firmware for the live update?

Like, i just received an new firmware for my device directly from the manufacturer and would not mind sharing this with the community. Just upload it somewhere…
Or is that somehow unwanted?

How about the Bluetooth tracker (non LE) that was deprecated two months ago? Is there a solution for that already which works as good with iPhone as the last version did?