Wondering if can be hacked into network-attached remote Zigbee adapter for ZHA and Zigbee2MQTT? 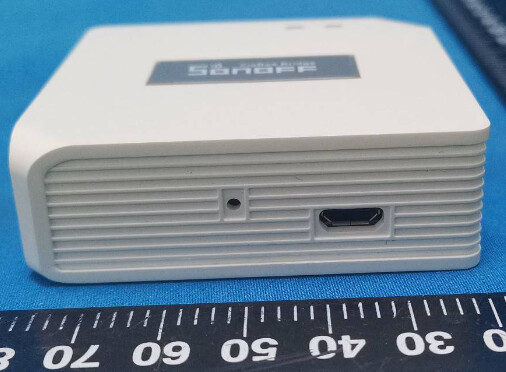 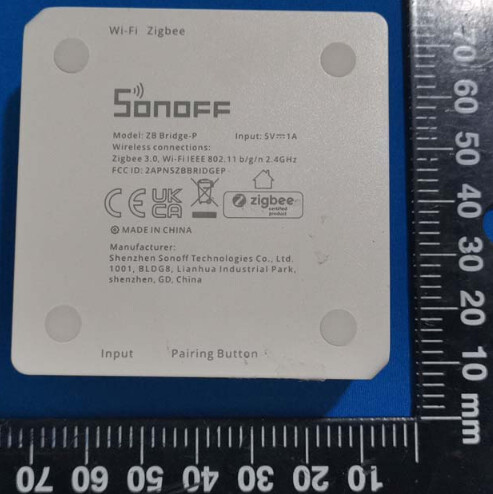 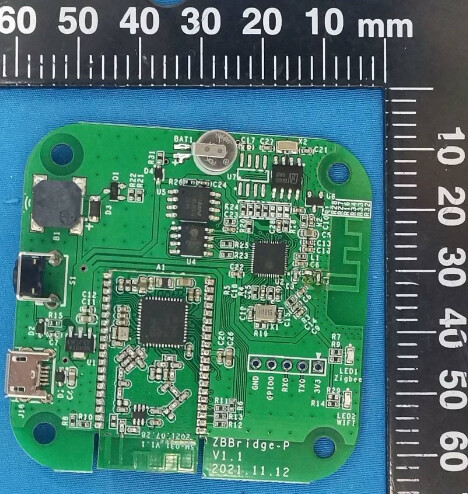 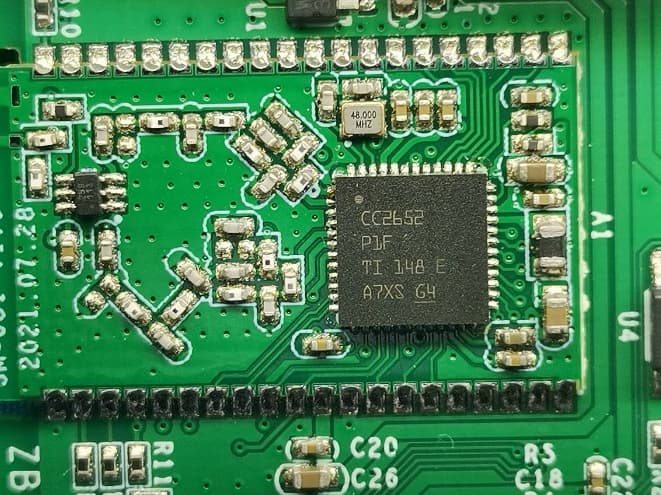 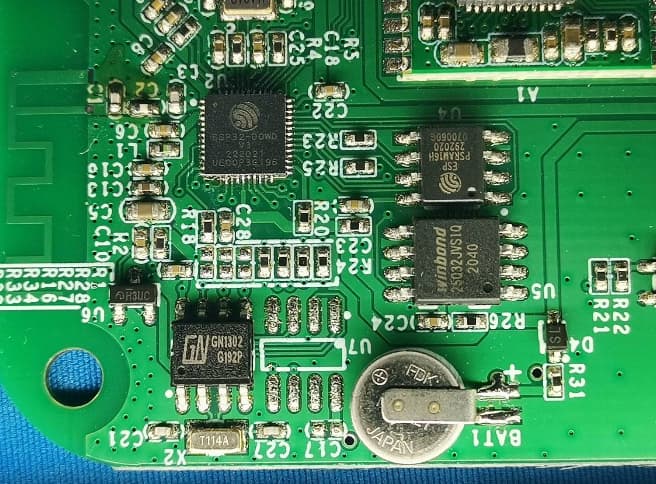 FFC also leaked new Sonoff branded Door/Window Sensor, Motion Sensor, Temp/Humidity Sensor, and a Button as wireless Zigbee devices, all with the same CCC2652P (CC2652P1/CC2652P1F) chip which +20 dBm capable power amplifier is really overkill for battery-operated sensors and should on theory use more battery power than if they would have used the compatible CC2652R or CC2652RB.

Sadly it looks like even this new variant of Sonoff ZBBridge still uses Wi-Fi instead of wired Ethernet network like the newer ZB-GW03:

Ethernet is preferred by DIY users who flash Tasmota or ESPHome in order to use it as a remote Zigbee adapter with ZHA or Zigbee2MQTT because tunnelling serial communication over a serial stream server connection and the serial APIs of the Zigbee stacks are not robust/stable over WiFi as assume a direct connection, which is why both ZHA and Zigbee warns against using WiFi-based networked-attached Serial-to-IP Zigbee bridges/gateways/adapters:

According to @digiblur who broke this news, these are slated to be released in March of 2022:

As I understand ITead have not abandoned Silicon Labs yet but it is just that Silabs chip stocks have suffered worse than most other companies during the still currently ongoing worldwide chip shortage.

PS: Assume it will use the same firmware for CC2652P as “Sonoff Zigbee 3.0 USB Dongle Plus”:

Curious to see the performance of the sensors and such as it stands their battery powered sensors are not on my recommendation list by any means.

I have used a CC2530+CC2591+ESP01 for about 2 years before I switched to a CC2652. Never had the same problems as with the Sonoff ZbBridge (I have one for testing, don’t use it for production) WiFi don’t seems a problem for the TI Chips, unlike the Silabs chips.

Internal pictures posted shows using an unannounced “SM-031 v1.1” radio module which must be made by CoolKit (the company that makes their EFR32MG21 based “SM-011 V1.0” module)

To elaborate, we already know that ITead outsourced the electrical engineering of “SM-011 V1.0” radio-module used in the original Sonoff ZBBridge as well as the design of their first “Zigbee 3.0 USB Dongle” (without Sonoff branding) based on Silicon Labs based EFR32MG21 to CoolKit-Technologies / Shenzhen Cool House Technology Co., Ltd. (abbreviated as Cool House Technology) who is a OEM ( Original Equipment Manufacturer) of many products using the eWeLink platform for other companies.

Will keep an eye out if CoolKit also start to offer this new "SM-031 v1.1” radio-module to third-parties or make other similar products with an Ethernet port for wired network as done with “SM-011 v1.0” module: 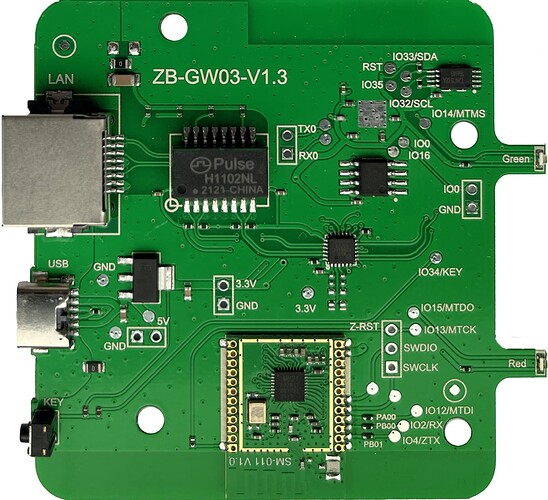 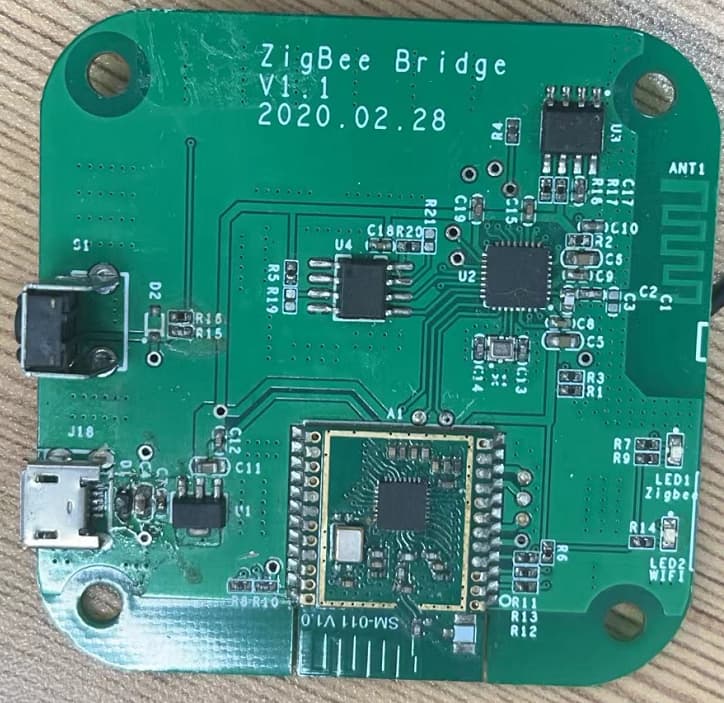 FYI, ITead has apparently now started selling “SONOFF Zigbee Bridge Pro” which I assume are the same as the previously leaked “Sonoff ZBBridge-P” model based on CC2652P and ESP32-D0WD-V3? 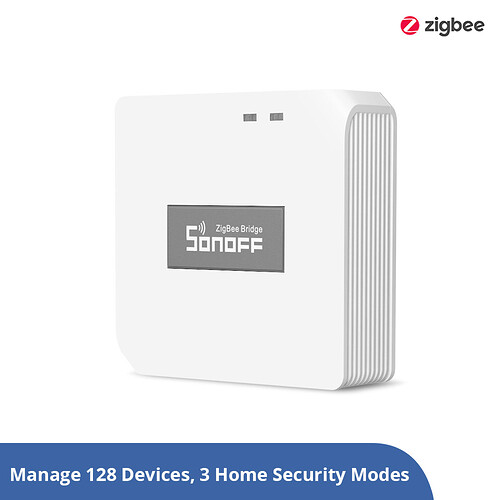 【Supports adding up to 128 sub-devices】Zigbee Bridge Pro supports adding sub-devices increased from 32 to 128. 【Smart Home Security】Set up home security modes, such as home mode, away mode, and sleep mode. The bridge can be used as a local alarm.... 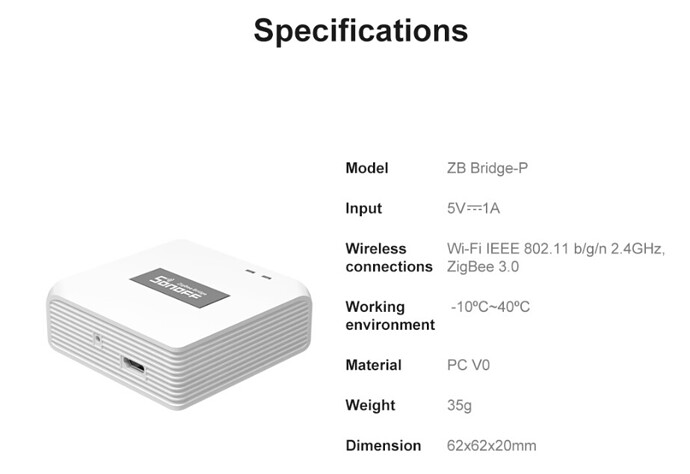 Its packaging is the same as and their previous Zigbee gateway/bridge and the only listed difference mentioned on its website is that it can handle 128 instead of 32 devices, contains a “buzzer” which webpage mention that the buzzer can be used as an alarm (siren?) or as a doorbell chime (if use Zigbee wireless buttons as doorbells), and a “built-in high-precision local RTC” (Real-Time Clock with clock-battery) for gateway time synchronization of local scene schedules. 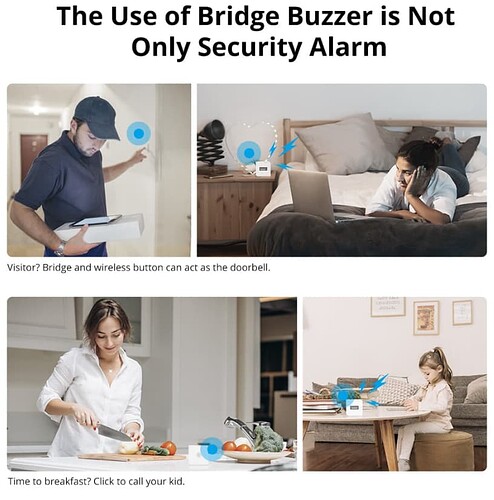 Note that they are also still selling the older ZBBridge based on EFR32MG21 and ESP8266/ESP8285 which has already been hacked with Tasmota and ESPHome as a network-attached Zigbee adapter:

Note that Zigbee2Tasmota (tasmota-zbbridge) is by the way already supported on Tube’s Zigbee Gateways with similar specifications:

FYI, both NotEnoughTech and @digiblur (digiblurDIY) have received theirs and while neither of them has tried to flash/hack it yet they posted some early thoughts on the original eWeLink hub firmware and hardware board, confirming that the first retail version ITead’s SONOFF Zigbee Bridge Pro with PCB board labelled “ZBBridge-P V1.1 2021.11.12” is indeed based on Espressiff ESP32-DOWD-V3 (that ESP32 variant by the way also has integrated support for Bluetooth 4.2 including BLE), Texas Instruments CC2652P Zigbee module labelled “SM-031 V1.1 2021.07.28” (so probably manufactured by CoolKit Technologies like the Zigbee module for previous Sonoff bridge), with a cell-battery for the RTC (Real-Time-Clock), a built-in buzzer for chime or alarm-siren, and also an Espressiff branded PSRAM (ESP-PSRAM16H) with 2MB/16Mbit capacity. 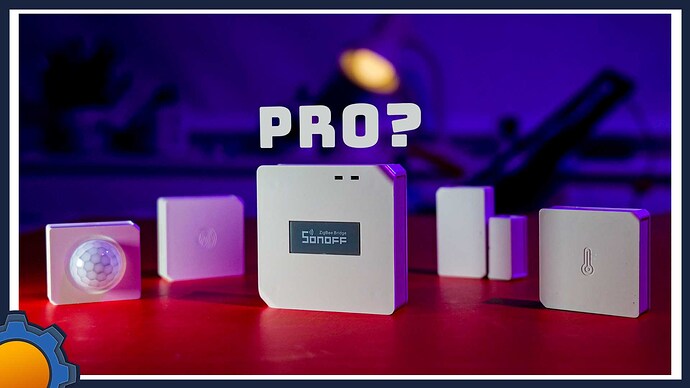 Sonoff brings a new Zigbee hub to the market. With support up to 128 sub-devices, let's see what else is pro about Sonoff ZigBee Bridge Pro 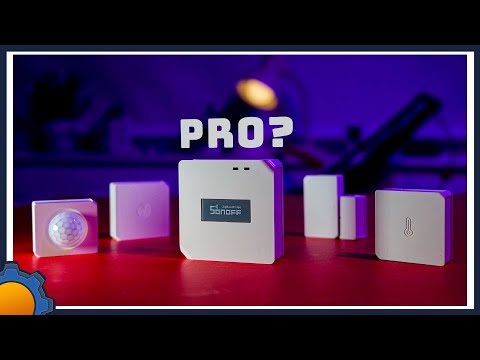 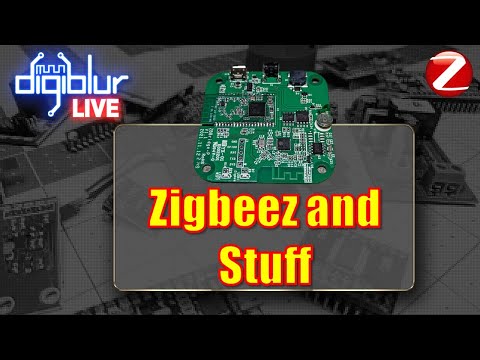 I got my Sonoff Pro last week but without a way to hook it up to Home Assistant it’s not actually much use to me - don’t want to use the eWeLink integration to add it … so it’s been added to the pile of about half a dozen different Zigbee hubs that I currently own - I would so love to do a proper comparison of them all!

Can you test if original eWeLink firmware is compatible with SonoffLAN custom component over LAN?

Sonoff LAN custom component is available via HACS and does support their previous Zigbee bridge:

Otherwise consider trying flashing/hacking the ESP32 inside it yourself with tasmota32 or ESPHome?

As this is a brand new device, trying to flash it with tasmota32 or ESPHome and get Zigbee working on it even just though remote serial is of course option meant for advanced users, hackers and developers.

I’m pretty sure that the old Zigbee Bridge code won’t work on the “Pro” bridge as it has a different processor (as far as I’m aware) and a different chipset … NotEnoughTech said that there wasn’t a firmware available for it as yet too.

I’m pretty sure that the old Zigbee Bridge code won’t work on the “Pro” bridge as it has a different processor (as far as I’m aware) and a different chipset.

If you mean SonoffLAN custom component then it is not reflashing anything so not dependent on chip.

However, if you mean only flashing existing tasmota-zbbridge or tasmota32 and esphome firmware images to access the Zigbee module on these then of course those already precompiled firmware images will not work as they were either built for the previous ITead Sonoff ZBBridge (with ESP8266/ESP8285) or standard ESP32 dev boards respectively and just as importantly they were built for boards with a slightly different pinouts mapping which will make old images not made for these use the wrong pins.

What I meant was that the new ITead Sonoff ZBBridge is based on a standard ESP32-DOWD-V3 (which I believe is the same chip as the generic Espressif ESP-WROVER-KIT development board and Espressif ESP32 Dev Module / Espressif ESP32-WROVER-E module) so it should, in theory, be possible to just flash a generic esphome and/or tasmota32 build image and try to figure out the pinout used by this device, then start developing from there, so obviously you need to be able to make builds yourself and code some if want to get started playing with Tasmota or ESPHome on this today:

"Tasmota32 is initially developed and tested with the dual core ESP32-D0WD-V3 and later expanded to include single core or PSRAM versions."

Generic builds would of course then not get the Zigbee2Tasmota bridge or serial stream server as that is not included out-of-the-box but it would act as the first proof of concept to see if can even flash Tasmota32 and/or ESPHome. So you would not be able to practically use it yourself unless you learn to make custom builds yourself with external components.

NotEnoughTech said that there wasn’t a firmware available for it as yet too.

What he meant was that there are no precompiled firmware images available for it as yet for this brand new product. But if what digiblur said in this video is correct and the firmware is not locked then there is nothing technically stopping you from building and compiling yourself then flashing that to the ESP32.

Not having locked firmware means that there is nothing holding back developers from hacking these to flash different firmware, and after it it hacked/flashed with different firmware then hackers/developers can try to figure out the pinouts (GPIO pins) used for the Zigbee module. So some coding is needed.

Once those with ESP32 development experince have hacked these and got access to the Zigbee module then they will probably release prebuilt images that anyone can flash themself.

Devs should be able to build own firmware following ZB-GW03 guides as hardware is very similar. See:

What is missing is a pinout mapping which can be figured out by tracing the paths on the PCB boards.

FYI, the Tasmota developer who coded their Zigbee2Tasmota (Z2T) now got one of these, he already started working on adding initial support for it, they are for now using Tasmota’s “tasmota32-nspanel.bin” build as a base because is it based on tasmota32 and have similar build specifications for PSRAM. etc.: 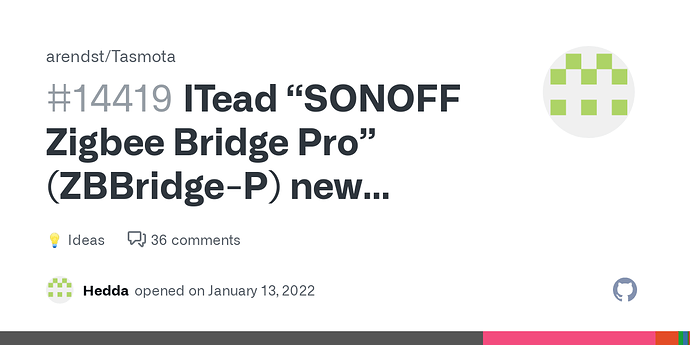 It means that Tasmota and ESPHome do not work today out-of-the-box for these brand new devices, yes. So it means will have to have patience for someone else with coding skills to code all support for it.

Again this is a brand new device so not sure what you expected with out-of-the-box support, but please understand that since it does not have any new unique features it should in theory not take very long.

Can anybody provide all pinouts used to interact with CC2652?
I want to build a firmware for it.

Summery, they initially figured out that this schematic digiblur’s contact at ITead shared look incomplete: 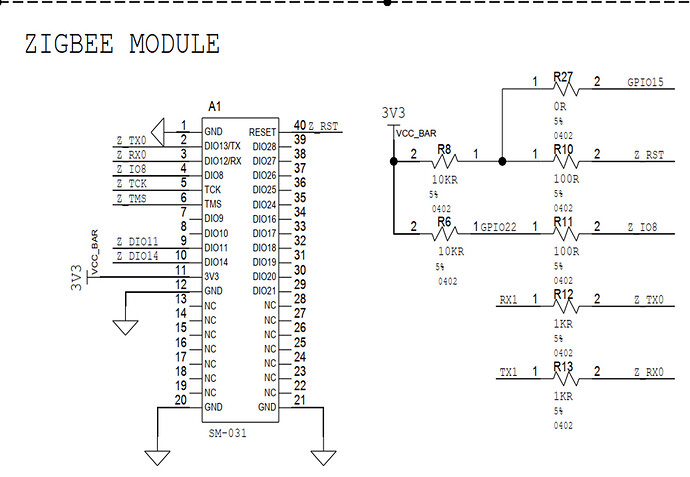 For starters, BSL GPIO should be set to DIO_8 which is not standard and DIO_8 is also used for SPI.

They since also found out that DIO_15 seems connected to PAD#15 on the CC2652 Zigbee module.

As well as that DIO_24 … DIO_29 seem to be connected on different pads.

Can anybody provide all pinouts used to interact with CC2652?
I want to build a firmware for it.

FYI @mercenaruss posted in https://github.com/arendst/Tasmota/discussions/14419 that he has already made some progress on an ESPHome build for this new ZBBridge-P.

Before attempting this yourself however note that needs to be made clear that users should for now not flash unmodified CC2652P images from Koenkk which the community normally uses as the CC2652P Zigbee module in this ZBBridge-P does not use the standard pins for BSL so flashing an unmodified CC2652 firmware to the Zigbee module will mean that will not be able to flash it again via BSL and will instead need to use a cJTAG probe adapter. 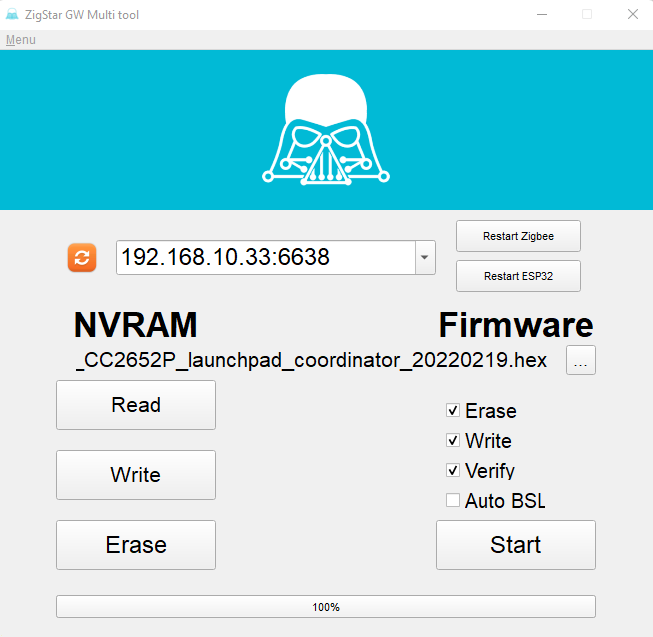 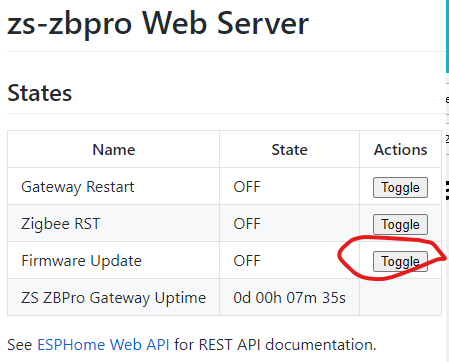 Working like charm in Z2M. P.S. Will add Reset button capability,buzzer and led indication of status. Also will added to ZigStar GW firmware

Thank you for pointing this out.
Community can use modified firmware what is available on tasmota repository.
At the moment,firmware is working properly,without any issues.

I managed to identify all GPIO’s used in the board.
You can enjoy Tom Cruise theme on link below: 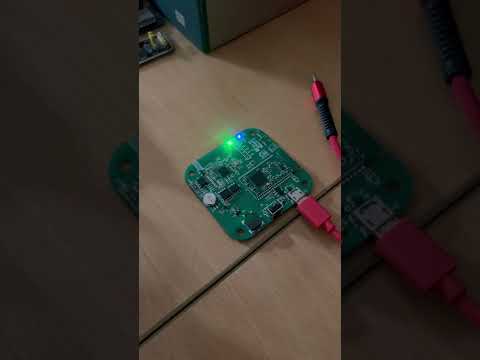 Community can use modified firmware what is available on tasmota repository.
At the moment,firmware is working properly,without any issues.

For reference that would be the CC2652 firmware from arendst’s Tasmota repository on GitHub here:

Just ordered a Sonoff Bridge Pro, is it possible to flash trough web interface or is soldering still required? i’m looking to use it for z2m.