A user vorion has created a number of great blueprints that have helped promote the rollout of the new feature. One of which that has seen quite a bit of activity is their Send camera snapshot notification on motion. A bit down the chain I noticed this post:

Funny thing is, I have no notifications if I open HA. 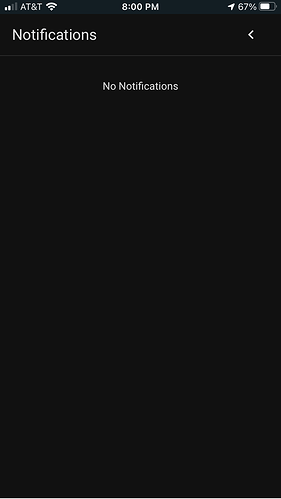 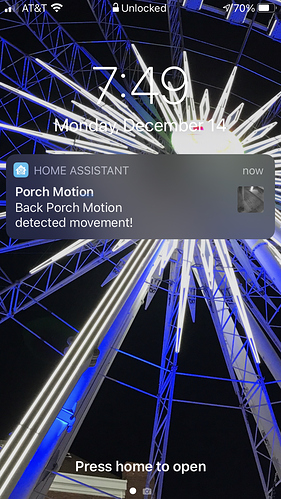 The context is that they were calling out the fact that when they received the motion alert on their phone, HA didn’t have any alert.

I know why this occurs and was going to respond explaining the difference between the notification channels and suggest to Vorion that they add an option to also duplicate the notifications in HA as persistent notifications. But I realized as I was typing it what a confusing #WTH moment this must be for new users. In nearly every other application users have, the mobile app and website are channel of the larger application. Facebook has notifications. I can exert some control over which ones are push notifications vs. just shown in the app under the bell but its all the same notification. This is normal and what a user would expect.

In HA though the web app and the mobile app are completely separate when it comes to notifications. You don’t notify HA, you notify a specific mobile app on a specific device or the web app via persistent_notifications. It’s backwards, rather then having the developer simply create notifications and the user choosing where to see the developer both creates the notifications and picks exactly where to send them. And on top of that each of those channels has a very different featureset. Ironically persistent notifications are the least featured despite the fact that they are the ones HA has the most control over, having no support for images, actions, sounds, links, TTS, priority, etc., it’s text and title only.

I realize that’s a lot in a feature request, sorry about that. I just think notifications are such a key and important part of the HA experience, a big percentage of automations are just about keeping you informed of situations you need to know about in your house based on sensor data. The current approach definitely was a WTH moment for me that I’ve gotten used to and it would be good to see it made easier in the future.

Never thought of this, but would love to see it as well! This would make it much more flexible for users too if they could decide which ones to receive on their device from a list of possible notifications that the developer has set up.