About bluetooth i don’t understand why is important, anyway i’ll do that:

and now i have a terrible error: 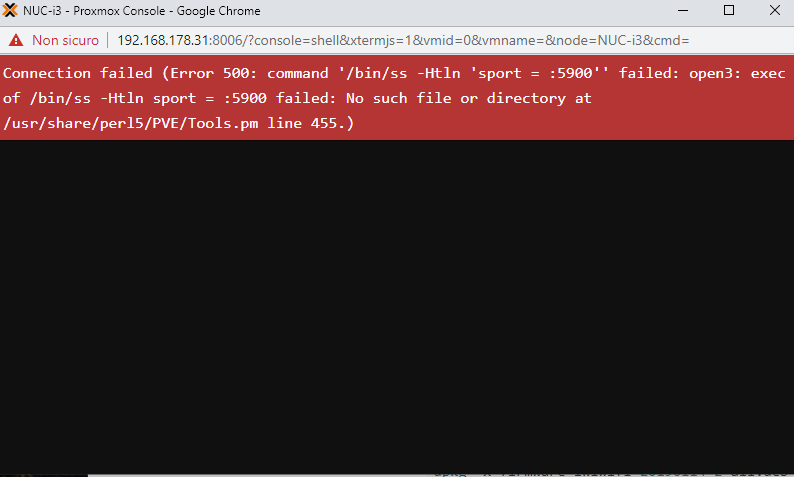 In putty i can’t get ssh, say that pass is wrong.

About my nuc, I use it only with proxmox, my goal is use it with some VMs, like:
Vm with Home Assistant
Vm with Pi-hole
Vm with Ubuntu test
Vm with Raspbian
Vm with Win10

In the past I have tried to install Kodi in a Vm, especially Libreelec, but was without a GPU passthrough, so 4k movies beat cpu, then I maked passthrough about gpu for the kodi vm and worked. Then there was audio problem, because was mute. Then i see the iommu groups and i discovered that audio is inside a group where is also ethernet and other stuff.
Infact when I have tried to pass also audio, i get on kodi audio, but i lost ethernet, so no internet, in kodi and also in host proxmox.The result was Kodi with audio and video, also in hdmi!, but no internet connection, no proxmox gui, no connection in other proxmox vm, a disaster, and infact if I make a frigate docker that works, maybe i can try to make also a kodi docker or lxc i don’t know, and maybe i can get a kodi that works without trouble, but this is another story and isn’t necessary for now, the priority is home assistant and frigate, that I use it for home security.

I see long way you have there.
After setting up the third proxmox server i finaly realise why its a problem with this IMMOU groups and why are some things grouped together. If i would bought a correct motherboard and CPU i would not have similar problems like you. But i figured it out and addapted (made NVME host OS through PCIx1) sacrifice.Nevertheless if i new that i need to buy a motherboard with a maximum count of PCI lanes and CPU that can handle it,then it would worked out of the box. And just FIY you can make a IMMOU group seperation. There is a command on proxmox forum. But you never know how it will seperate, its like a rulete

no matter for other things, home assistant is my priority for now, but proxmox dead with this bluetooth firmware.

Why is important this ?

edit. for now i use hassos in another nuc, without proxmox, and of course, works, but a nuc i7 for home assistant is useless, so i’m looking for a solution with proxmox.

This is the fix for this error, but how can we use it?

i just use another nuc with home assistant for the entire machine, but is useless.

the other nuc with proxmox, say with cpu at 45 50%, too strange, i can’t also get a backup of vm’s, so now i’m working to get manually, every config of my HA, and migrate.

Then i can re-installed proxmox and try again with

I reinstalled proxmox and this code doesn’t works.

When you launch hciconfig hci0 up, hciconfig is not a recognize command.

I have tried one more time to install

But this Bluetooth is very important?

as the error shows bluetooth then it seems very important. Have you updated bios to latest version? I had similar problems reguarding kernel panic not related to frigate. Update bios helped.

One other option is to write to frigate thread if somebody have the same NUC and if its working to them and how they set it up.

yes last bios version. I’m searching around if there is others driver to install

let me know if you will be out of option i can connect and try to fix, further i have no idea what to do

I managed to kill my docker lxc and decided to try frigate in hassos again. And so I filled up my root partition again with camera footage, so I decided to use your script.
It worked nicely! Saves a bit of work. Thanx.

In addition, I had to mount sdb8 (normal mount works fine here) in the VM as well to clean up the media files. There is no gui element to make some room after your disk has filled to 100%.

nice !
Thank you for info, happy to help

Please vote for my feature request that asks for this to be a native function of HA:

I have also been various approaches to coral usb passthrough working to no avail. Would you mind helping me out over here in this thread?

I have a working setup on ESXI, but alas, no PCIE slot and thus no way to pass through the USB google coral in such a way that the VM will recognize it. (See this thread here for more on that struggle… ) It was suggested that it could be done via PROXMOX, so I have tried that and (maybe?) succeeded. I dusted off an old PC to try out the setup before messing with my production server. Disclaimer: I am by no means an expert on any of these topics,. Just grasping at straws because I really want…

The release 2022.3 made it posible with a new integration. 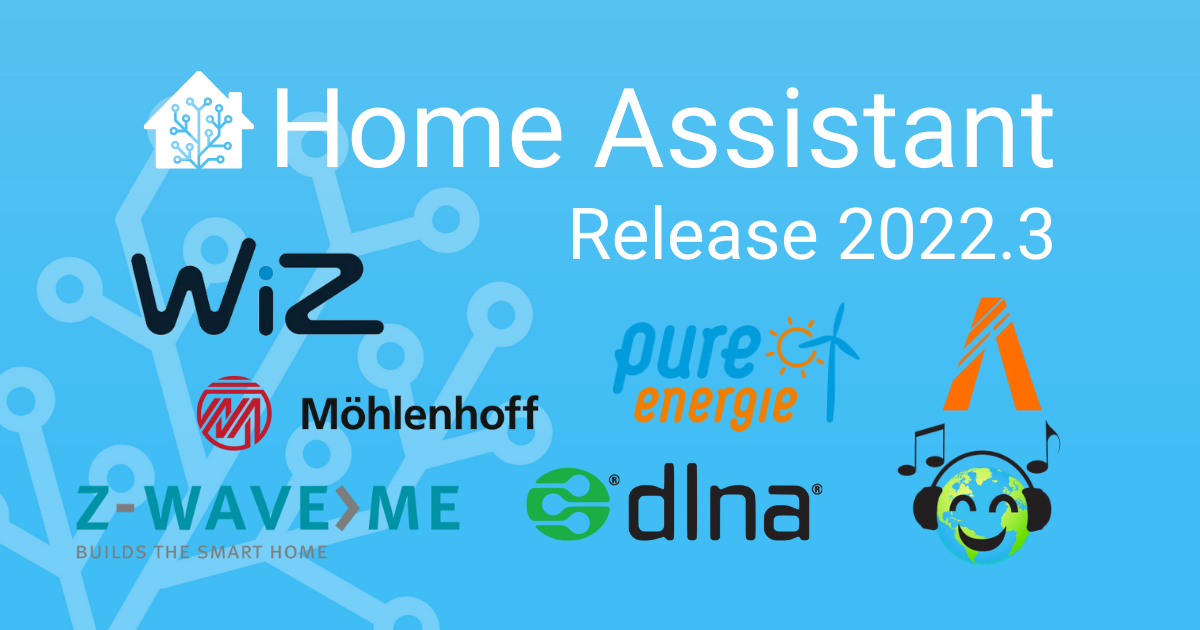 wut wut wut???
Give me please direct link where its written that media folder is possible to mount?

I looked through the release notes - couldn’t see it there?