ConBee ZigBee Stick and HA, will this work together?

I’ve been testing HA for some time and I’v wanted to get me some Philips Hue light bulbs, but I dont want the bridge.
The I found this ZigBee USB stick

This stick has the following specs,

This makes me belive that it will work together. But I’m not sure, so I was wondering if any one else has tested this and can confirm that it works?

And if this works it will mean that we dont have to use Philips Hue Bridge?

Hi. Thats a really good question as I also wanna swap to this stick. I just bought it and waiting the delivery. I saw that this might work with hue component. but I wanna ask again if theres a way to integrate this stick as a independent component.The RestApi is well documented and I would highly appreciate an answer from a dev as i am not a coder or programmer. A feedback also from users with experiences would be highly appreciated

Yes. This works. It supported by HUE component.
Check this thread: RaspBee ZigBee

great news. And all devices are well reachable all the time ?

Ok, I did it… I have ordered a RaspBee. It seems to me a cheap all-in-one solution.

As far as I have seen the solution seems to be pretty solid. The rest-api appears to be well documented. Besides that, the supplied software deConz can be directly connected (swedish guide) to home assistant using the hue config.

As I’ve seen on the homebridge github page of ebaauw a lot of devices are supported already. Even more are added daily. His bridge connects the zigbee devices trough a emulated homekit bridge. So his list of sensors are known to be working with the current release.
It support for the following sensors:

It support for the following switches:

It support for the following lights: 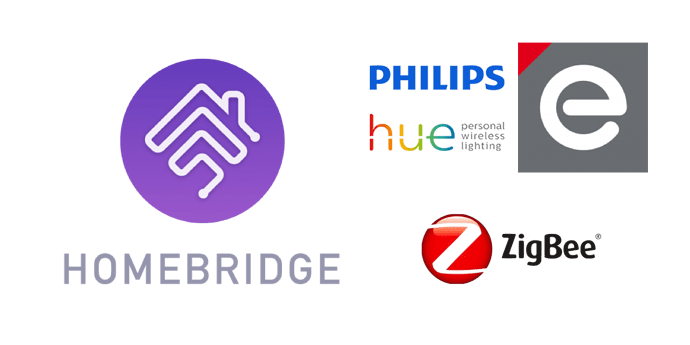 Homebridge plugin for Philips Hue and/or deCONZ. Contribute to ebaauw/homebridge-hue development by creating an account on GitHub.

I’ve never programmed a single line in Python so I realy have no clue where to begin, but I’m pretty sure that with some help of the HA community it will work!

It would be nice to know if some other members already bought this ConBee / RasBee, I know @DariBer has one (do you like it?).

… They also sell the “ConBee”, which is a ZigBee USB gateway for around 50€.
Both work with HUE, but don’t have Tradfri support yet.

I doubt the xiaomi profile is supported. Xiaomi is using “zigbee pro”.

It actually does. They even got the new smartcube working already!

I also have those dresdensrick but never attached it to the pi or even tried to integrate it in Hass. If someone here has a working setup … would be nice if u would share this

Do you have any Xiaomi sensors or switches? what happens if you just connect HA using the Swedish guide (use google translate)
@donnib did you received it yet? did some testing already?
@abmantis … did you made up your mind yet?
@touliloup … while the kickstart campain cannot be backed anymore I’ve ordered this module

Nice summary! No, I’ve not yet ordered one, but I’ll very probably will soon.
By the way, do you have an headless raspberry pi? I have the lite version of Raspbian, without X.org stuff, and I think Deconz needs that to work. But it seems to already work correctly without a GUI, but still needs X.org libs: https://github.com/dresden-elektronik/deconz-rest-plugin/issues/61

Yes I have a RasBee in one RPi3 and I have connected some IKEA Trådfri and som Philips Hue and my Hass see the RasBee as a Hue Bridge.

I haven’t connected any remotes and my Firmware is old, so I haven’t upgraded it to latest where you can use IKEA remote.

It’s time for a small update!

Yesterday I have received my Raspbee.
The Xiami motion sensors are supported out of the box.

The Xiaomi swich (round one’s) are working as well, for now it only reports the states on / off (double click long click etc.) needs to be added.

The Xiaomi smoke detector is able to connect and recognized, I’ve created an issue on github and the developer is working on support for the smoke detector.

The Xiaomi smart plug (zigbee) as able to connect and recognized. Working out of the box, however I have created an issue regarding the power consumption / mains voltage reporting. The developer responds within 5 minutes and is working on adding those fields to the API as well.

So far so good

I’ve contacted the supplier regarding my questions about the difference between the Conbee(usb) en the Raspbee (rpi shield). They both support zigbee pro, so all devices are supported. The chip is the same the usb version just uses a ftdi connection while the RPI shield uses the RPI RX TX pins.

The RPI image is just burn and boot

So all relevant hardware is supported, no need to buy a hue bridge, xiaomi gateway or ikea bridge, this gateway does it all. As the developer told me;all Zigbee devices that use the Zigbee standard can be supported. The next big question is, how to integrate this into HA.

At the moment there are multiple ways to get it connected. It would need a component witch is able to do two things:

I’ve issued two feature reqests, one to deconz: adding mqtt support. Another on HA, websocket client sensor support. Both might come in handy.

Deconz replied he will investigate the MQTT request. But first they will focus on bugs and a new web interface.

HA user @donnib has created his own custom component. He uses both the rest-api and websockets. I have asked him if he is willing to share his work with us. As I have read somewhere he wants to clean up his code before publishing it.

New component which needs discovery, which example should i look at?

Hi @donnib it would be great if you would share your component with us.
…

Any questions? please let me know!

Update two;
I have migrated all my Xiaomi motion sensors to the Raspbee. Works great, even the range is better.
I’ve noticed there is even a solder pad for an external antenna, so who knows what the range will be when mouting an extra antenna.

What I did to get it all working with HA is this.
I have decided to create a Deconz to MQTT gateway using Node-Red.
Node-Red listens to events on the websocket and publishes those messages to the MQTT broker.

I’ve created the sensors in HA like this:
Motion:

Motion sensors, temperature sensors and switches are all compatible and working like this.

The image can be found here.

However after imaging your SD card you should upgrade to the latest (beta) version using the information found here.

The result so far. This is my flow:

One thing I should add, is filtering on the input to process only events with changed states. The events with new device added or sensor x is reachable should be ignored.

I’m posting this because one might find it handy. Switches and Motion sensors are working and have been tested. Light sensors and open close sensors will arrive soon

(The debugging elements can be removed. I kept them because they provide some nice info.)

I undust an old raspberry pi, imaged the SD, did some tests (philips dimming switch with osram lightify plug).

Could you explain a bit more how to link raspbee-gw with hass?

It’s still a bit cryptic for me

Do you use HASS.IO or normal HA?

Normal HA right now, but planning to move to HASS.IO in the near future.

I have MQTT enabled & working though.

In that case it should be fairly simple to get started.

Like this for a motion sensor with ID 2 in deconz:

Right now I just tried to compile as described in the doc but it failed on my Raspberry 1 B:

Could it be because of my raspberry 1 instead of 3?

@rtenklooster sorry I don’t want to hijack the thread about this. I logged an issue on the github, we’ll see what the answer is. On the page it’s stated that RPi1 is supported.

I don’t know. What I know is the RPI 1 isn’t supported.