A lot of energy consuming products from several brands are using ‘Eebus’ for communicating inside a home network with an energy manager. (dis)washing machines from the bsh group, heatpumps of Valliant, solar converters of SMA. The only energy manager which can communicate by Eebus on the market is from SMA, a device of roughly €200. I was wondering if it would be possible to use home assistant directly with meter readings (eg. by the P1 port in the Netherlands) and weather forecast to create our own energy manager?

The function of this energy manager is to use your own (solar) energy for your (dis) washing machine and heating. By this the local produced energy can be used more by yourselve and the electricity supply net stays more stable.

I second this. EEbus is one of the more promising energy management technologies, and gains more and more support, especially in Germany. SMA has an energy manager that does support this, and recently Loxone started to support EEbus as well.

Yes, that’s a wonderful idea! Would be terrific if HA would support EEBUS!
Unfortunately I’m not able to contribute in this myself because I don’t have the skills, but if there is any other way I can support this, I’ll be glad to do so!

Good news: Looks like Vaillant is interested in this as well. They are advertising a student job to implement this. 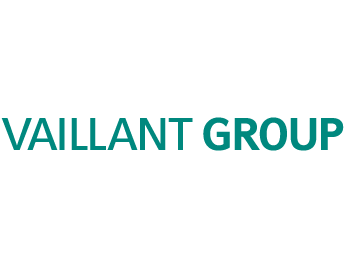 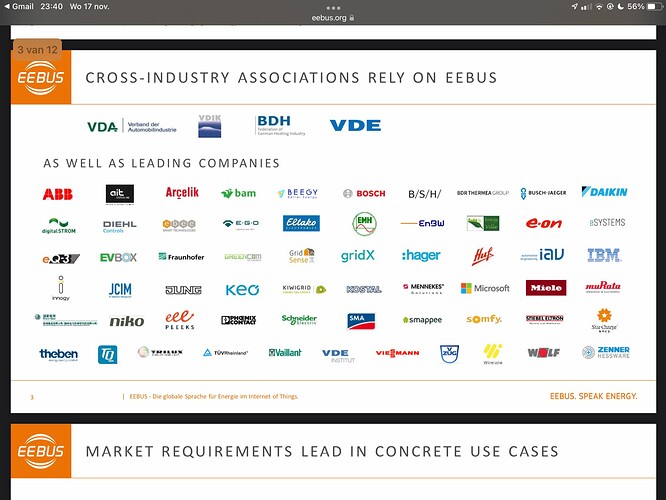 I also would like to see this all talking to each other.

I’ve changed my dishwasher by a Siemens one and my washing machine by a Samsung one.
Both of them has the ability to be triggered by the app but none of them by an API call or an IFTTT trigger.
Well, the dishwasher can but as soon as it goes to sleep, it doesn’t work anymore…

It has been some time since I stopped trying but it could be worth it to revisit it again.

Because, we have the rest on HA already.
If you have Solar PV and can get the info from your inverter, you can decide to trigger something based on how much your system is producing.
That’s even better if you have a smart meter connected to HA, because you know how much you inject into the grid.
As for PV forecast, there is now the official integration Forecast.solar as well as one for SolCast if I remember correctly.

So, EEBUS could be a good thing if it’s reliable but we just need a way to talk to our machines, whatever the protocol.
It could even be as dumb as putting as smartplug behind an appliance, launching some washing and then directly stop the power with the smartplug. With some luck, the appliance would resume when you decide it to, but then I fear for the longevity of electronics within.

For anyone interested, I’ve made some more test with my dishwasher and Home Connect integration.

In order to trigger the dishwasher from HA, you need Remote Control to be activated, but also Remote start.
So I fill the appliance, I make it ready, I activate Remote Start from the dishwasher at around 7:00AM.

My automation :
Trigger:
PV Panels produces over 2000W
or
It’s over 3PM (to be ready for the evening no matter what)

Conditions:
Each weekday between 8:00AM and 3:00PM
Remote start is activated
The automation hasn’t run today yet

The problem is Remote start is only active for +/- 50mn before it deactivates. So by the time my PV produces 2000W, the appliance isn’t ready anymore.

I did something similar recently. When we want to use the most solar energy for the dishwasher, we activate the remote start (hit te WiFi button for app control) and close it.

The automation is triggered by the daily solar panel peak from the solar forecast. The conditions are that the dishwasher remote control/start is on and the machine is not running.

The actions are similar to those of BeyondPixels.

We use it now and then, but only if we need to run the dishwasher in the morning, otherwise it will be finished too late.

Good to know it works for someone.
Which brand and model of dishwasher do you have?

Because, to me, the ones from BSH group doesn’t provide a great solution, for now…

The connection to the wash machine in HA is not stable enough to work, but I’ve seen more people with that problem

So… what’s the status on this? We don’t have pur Vaillant heat pump yet, but it seems EEBUS would be the easiest way to get it integrated in Home Assistant since Vaillant doesn’t actually have any working HA integrations for the newer Sensocomfort 720 controllers…