My (outdated) Quick Start for Home Assistant Core on FreeNAS 11.2

I was going to remove the outdated 11.2 guide and keep updating this original post for FreeNAS 11.3 – Now after some suggestion from a few friends, I have to agree that is probably better to just move on. Simply put there are around 230 posts with an estimated read over an hour. Coming to thread this on FreeNAS 11.3 will just have too much outdated information to get through before reach anything current to FreeNAS 11.3. The other factor is name change. After second thoughts, I’m thinking it is probably not gonna help the issue if the first 200+ posts are referring to something that was one thing, but now, that one thing has become something else… Anyways onward to the future…

The FreeNAS 11.2 guide now outdated will no longer be updated.

This “Getting Started” section covers some optional FreeNAS configuration. This is technically not required for Home Assistant, however in my opinion, may provide a better overall experience. For example, having a separate dataset to contain Home Assistant configuration, which can then be shared over a network, allowing to easily edit the files from outside the jail. While these steps can be performed at any time, I find the easiest results can be achieved by starting here before you begin creating your jail. Additional steps will be required if this is done after Home Assistant is installed.

There are several options for installing Home Assistant Core on FreeNAS

My other plugins for FreeNAS 11.2

These plugins are using the 11.2-RELEASE 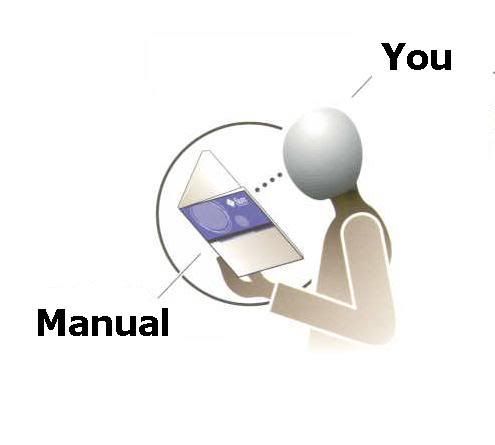 6 Likes
I give up, just is not worth the time and effort
Installing HASS in virtualenv on FreeNAS 11.1-U3 w/ iocage jail
[OUTDATED] FreeNAS Plugin: Demo includes Home Assistant + AppDaemon + Configurator
HA Installation Path - Which Route to Take?
Z-Wave Woes
Integrations are reset on reboot
Apple TV component does not work on TVos 13
Google Music in HA -- Now as a media player!
Dayve67 (Dave) November 27, 2018, 9:19pm #2

Not sure what I have missed. When I get to login to the homeassistant jail I get:

Do you have a z-pool named Disk1 ?

Which version of FreeNAS are you using when you tried to install Home Assistant and how did you try to install? ( plugin, standard jail or manually )

Yes I have a z-pool named Disk1

Have I setup the jails wrong?

I got it running

Deleted the jail and started over at the beginning. Thank you for the great write up.

Do you know how to install ffmpeg on the freenas? I have a few cameras that use it with home assistant that will not work without it.

Depending on exactly what is needed from ffmpeg you may need to compile from ports if, for example, you need MP3 support. It’s not that difficult to do just a few more steps but I can’t help with that until I get home from work later.

Yes that would be nice if you could help. I already tried to compile from ports. ffmpeg is installed but I still get errors in home assistant.

Don’t forget you can take a snapshot of your jail first. (from the FreeNAS console)That way if this is not the solution you can easily rollback. -n Some_name_for_your_snapshot

Firstly, thanks for the superb guide. I created an iocage jail in 11.1-U6 using a previous version (Home Assistant, Configurator and HA Dashboard) which has been working perfectly for a good few months.

I’ve just updated to 11.2-RELEASE so thought I’d come and review the guide for upgrading the jail to FreeBSD 11.2, as the standard command I tried didn’t seem to work on the .json created jails.

I’m tempted to recreated it using the latest guide, but would like to know if upgrading will be possible if I install using a script.

@adrianwi Sorry I didn’t get back quicker.

I think having a standard-jail for this is best. However, just to be clear any of three choices I proved will in the end provide the exact same Home Assistant installation using a python virtualenv. The difference between a standard-jail and a plugin-jail is strictly a FreeNAS thing. The standard-jail (Scripted Install) is exactly the same as following the manual install guide with a few extra files like the bash menu to run updates. Any of these extra files can be safely deleted or demo-config files replaced with your own.

I’m glad you went this route. To transfer your settings maybe you want to have a fresh start and move things over to new config files slowly. But if everything was fine and you just want it done, you can literally just copy each entire configuration directory from your old plugin to the fresh install. Everything is setup same with each config directory inside /home/hass/

Yes I have but I did it on 11.2-BETA. FreeNAS seems to have added some their middle-ware workings now to iocage. In this case FreeNAS now expects to find the whatever-plugin.json file in the /mnt/iocage/.plugin_index directory. So if for example you also installed my plugin-jail for mosquitto and then tried to iocage update mosquitto you would get an error.

This will create a plugin-jail running Amazon Dash.

On FreeNAS 11.2 - USB devices are no longer exposed by default inside an iocage jail.

This means devices like Aeotec Gen-5 USB Stick and the GoControl/Nortek HUSZB-1 will require several addition steps to get them working. Now this is not so much a big deal but if like me, you’ve never had to configure FreeNAS in this way, the (likely preferred) solution can take some time figure out.

Have a look at my post in the FreeNAS forum if this effect you. The solution is quite simple when you know what to do!

Wow, thank you for the great work! With this guide I was able to move my RaspberryPi installation to FreeNAS without any problems.

Thanks for the awesome guide!

I tried to use Mosquitto with a username and password but keep getting (null):$6$(null)$ …looks like a few others have gotten the same thing.
https://github.com/eclipse/mosquitto/issues/1032

Were you able to get this to work?

Currently I do not use a user name or password with Mosquitto. I’ll try to set this up to see if I can reproduce there error. I do not have any issues when the password is not set.

Work is busy this week so it may not be till this weekend when I have time to investigate.

Just curious, does everything work correctly if you do not use a user name or password?

Yes! I was able to use Mosquitto without issue prior to changing mosquitto.conf to authenticate with username and password. Thanks.

Also working on the Node-Red jail…is your script supposed install a working version or just the jail? When I go to the [Node-Red IP Address]:1880 it fails to load. Do I need to follow the install instructions nodered.org?

I recommend using the plugin scrpit for node-red. It will create a seperate jail and install a working version of node red. Are you seeing any are messages? I just installed the node-red plugin last night and it worked fine.

I’m about to leave work now. I can help you troubleshoot some of this in about an hour

Is there a command I can run in the shell to check if Node-Red is running? Tried service -e and it’s not listed, tried service node-red start and it doesn’t recognize the command.

@WRH
I found that I provided the wrong commands for Node-RED in my FreeNAS resource. (Its fixed now)

The commands to install Node-RED should be

To check if Node-RED is running inside the jail
Log into the jail console, then check the status of Node-RED

You can preform the same check from the FreeNAS console

Note: Right now there is no hyphen (-) in nodered when referring to the service. I can change that if it makes things confusing. Let me know if you think I should add the hyphen (-) to the service name