I thought I’d start this wiki to allow people to add details on what works, and what does not.

These are adapters that work “out of the box”

These are adapters that don’t work by default, but can be made to work

These adapters don’t work, and don’t appear to be able to be made to work

quick note on the Sabrent, I am not sure how to implement the fix in HassOS since it uses U-Boot and I don’t know if that uses the cmdline.txt noted in the fix. This fix was for Raspberry OS booting from SSD, HomeAssistant in my scenario core container which was way down stream of issue. So definitely problematic!

I have been up and running since the release of DEV build 5.0 a week ago and am using a Kingston A400 120GB SSD and Startech USB 3.0 to 2.5" SATA cable w/UASP.
I have noticed the Pi4 CPU Frequency fluctuating quite a bit (random drops in freq, trying to sort it out) but running smooth overall and doesn’t seem to impact the performance. It is in a Canakit case with fan and the temp averages 43-45C household temp is about 22C.

EDIT: Update to 113.3 appeared to smooth the Frequency fluctuation.

I needed a new sd card since one of mine bit it. A guy was selling pny 120gb ssd’s for $8 a pop on eBay so I picked one of those up instead. I also grabbed a startech cable on Amazon. Even if the ssd turns out to be poop, I’m willing to roll the dice for $8.

I’ll dive into the ssd boot deep end when it arrives.

Necro edit: this combo works out of the box for me: 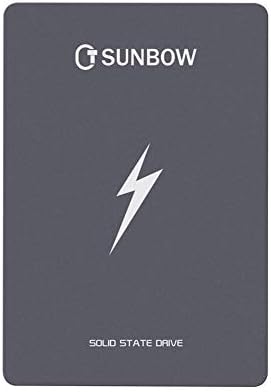 Running Dev 5.2 on two Rpi4-4GB set up with the same enclosure/SSD and have been running solid than any other OS setup I have tried.

Unitek SolidForce PCIe/NVMe M.2 SSD 10Gbps Enclosure Lite Model Number: S1203ABK
Worked but I only did a test install with it am not using it for HAOS.

Been up and running with a Argon40 cooling and M.2 enclosure in Home Assistant OS dev5.6 for a couple of weeks now.
Some configuration is needed to get the fan working (connects via i2c) so it runs at different levels depending on temperature and turns off at lower temps, but it also just runs at 100% if you don’t set it up and it’s quite quiet.
The SATA SSD hums along nicely, UAS works properly and it doesn’t seem to generate much heat (cpu temps are pretty similar to when I had the Pi in the previous cooling-only version of the case).
Uses an ASMedia Technologies ASM1153E USB to SATA chip, which has mainline Linux kernel support.
Accepts B and B+M key SATA SSDs

If you already have the cooling case, you can buy just the M.2 portion to replace the bottom panel of the existing case, I re-bought the whole case so I could get full size HDMI ports on the A/V board, and the auto-on feature so you don’t need to use the power button to turn on after a power failure, since I had the launch version of the cooling case. Later revisions of the cooling case let you enable auto-on via i2cset commands, so you may not need that